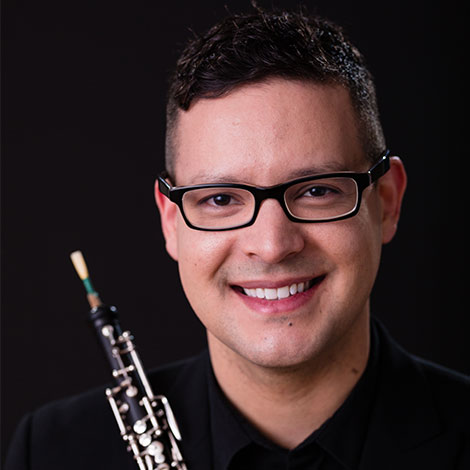 Gabriel Renteria-Elyea attended the Oberlin Consevatory of Music, University of Washington, and the Colburn Conservatory of Music.

Mr. Renteria-Elyea is Principal Oboe and Artist in Residence with the Kalamazoo Symphony Orchestra as well as a faculty member at Albion College. He has been guest Principal Oboe with several orchestras throughout Michigan, and has also played with orchestras throughout the country including the Seattle Symphony, Los Angeles Philharmonic, and Chicago Symphony Orchestra. As an avid chamber musician, Mr. Renteria-Elyea has given concerts across the nation as well as Canada, Europe, South America, and Asia. He has performed in music festivals held in California, Colorado, Missouri, Maryland, and Switzerland. A dedicated teacher, his students have won several competitions and have gone on to study at prestigious schools throughout the country. Mr. Renteria-Elyea attended the Oberlin Consevatory of Music, University of Washington, and the Colburn Conservatory of Music.