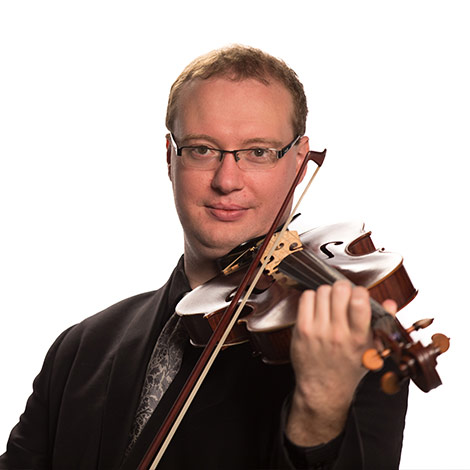 Nicholas Jeffery began viola lessons in the Indiana public school system and continued his studies with Catherine Carroll and Masao Kawasaki at the University of Cincinnati College-Conservatory of Music. In 2010 he received his Doctor of Musical Arts degree from the University of Wisconsin-Madison where his main teacher was Sally Chisholm. Along the way he worked with a number of coaches and teachers, including Lee Fiser, Victoria Chiang, Sydney Hodkinson, and David Perry. He spent many summers as a fellowship student at the Aspen Music Festival, serving two summers as the violist in the Aspen Contemporary Ensemble. He has also attended the Atlantic Music Festival in Waterville, ME, the Opera Theater and Music Festival of Lucca, Italy, Interlochen, and the Encore School for Strings.

As a performer, Dr. Jeffery has been a member of the Madison Symphony orchestra, has performed regularly with the Austin Symphony Orchestra, and most recently served as principal viola of the Illinois Symphony. An active chamber musician, Dr. Jeffery helped to found the Ursa Ensemble, a mixed chamber ensemble in Chicago, IL, and has being invited to appear as a guest artist with the Chamber Music in the Pines Festival, the Willy Street Chamber Players, and the Heart Strings Ensemble in Madison, WI.

Dr. Jeffery is strongly committed to teaching and maintains a full studio of private students at every level of development. As a member of the Hunt String Quartet at the University of Wisconsin, he visited area elementary schools to present musical lessons and give performances in the classroom. Recently he was invited to give masterclasses to viola students at Ball State University and the University of Wisconsin. He currently serves as assistant principal of the Kalamazoo Symphony, and is a member of the Burdick-Thorne String Quartet.