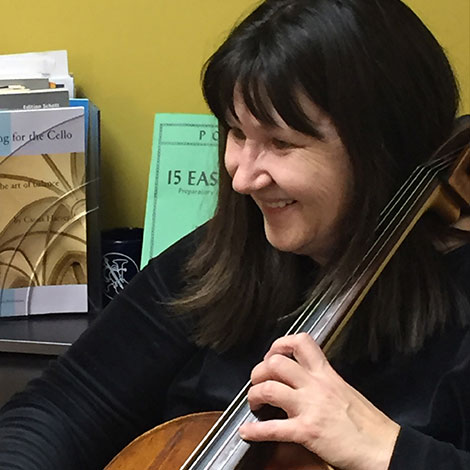 Silvia began studying cello when she was eight years old. She attended schools with a music emphasis from elementary through high school before attending the Jazepa Vitola Latvian State Conservatory where she earned her Bachelor degree. She first began teaching cello in Latvia in 1987.

She has been teaching at Crescendo since 1991, when it was still Young Strings Academy. She later earned a Master of Music Education degree from Michigan State University. Silvia has completed Suzuki teacher training for cello Books 1 and 2.